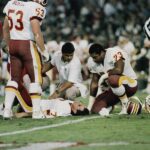 Sports That Can Cause the Most Harrowing Injuries

Sports fans, especially children, look up to their favorite athletes. They’re present in every game, be it behind the screen or among the live audience. As they cheer on their idol player and dream of being the same as them, kids risk seeing something disturbing: an injury.

It’s not uncommon for athletes to sustain injuries, including gruesome ones. After all, sports challenge the body in so many ways, sometimes making it do what it’s not supposed to. Think of gymnastics and how it forces your legs and back to stretch beyond what’s considered normal. Of course, gymnasts have been thoroughly trained to achieve their superb flexibility, but it doesn’t mean they didn’t go through excruciating pain while doing so.

But surprisingly, it’s not gymnastics that has the most record of sports-related injuries. If you or your kid dreams of being an NBA, NFL, NHL, or soccer player, brace yourself, because this list might make you cringe.

Despite the sport involving less human contact than football, basketball still has the most injuries recorded. And that’s because the basketball court in itself is already dangerous. The hardwood floors could get very slippery when a player drips sweat over it.

The sport has some of the most gruesome injuries seen on TV. We couldn’t forget Paul George and Gordon Hayward breaking their legs in 2017, so badly that we had seen their teammates’ and opponents’ horrified reactions. Ten years prior, a gruesome injury was seen on TV as well, of Jorge Garbarusa and Shaun Livingston. Garbarusa had broken his leg too, while Livingston had decimated his knee.

Among teens, football has the most common injuries. And in the entire world of sports, it also has some of the most disturbing injuries. Despite the protective gear involved — from thick shoulder pads to tough sports mouth guards — its players couldn’t stop the likelihood of hurting themselves 100%

The nation has also seen the most horrifying NFL injuries ever. The most recent one was Rashad Johnson’s in 2013. He was so immersed in the game that he didn’t notice that the tip of the finger had gone. Johnson had no idea how it happened, as his glove hadn’t been torn or ripped.

Thankfully, his recovery was quick, and he only missed minimal time. But other NFL players weren’t as lucky, most notably Joe Theismann. In 1985, his injury, which was deemed the most gruesome ever on live television in any sport, left him with a snapped leg, causing him to end his career.

Collision contact sports, including soccer, account for 80% of sports-related ER visits for kids 5 to 14 years old. Fortunately, though, children and teens aren’t at risk of dreadful injuries yet, at least until they become pros. Soccer players have their fair share of the worst injuries seen on live TV too. In 2007, Kieron Dyer’s right leg broke in two places while competing with his team (West Ham United) against Bristol Rivers.

Aside from leg fractures, which tend to be the most common in sports, soccer may injure its players’ heads and faces too. In 1993, Gary Mabbutt, who played for the Tottenham Hotspurs, suffered a fractured skull and eye injury after being elbowed in the face during a high tackle.

Skiing, as much as it is exhilarating, is also extremely dangerous. Going down the hill at breakneck speed can go wrong in so many ways. The thick snow may cushion your fall, but sometimes, ice is deadlier than dry ground.

Surfing, needless to say, puts surfers at risk of drowning or shark bites. But the surfboard itself may also cause injuries, particularly when the surfer hits themselves with the tail, nose, fins, or rail of the board.

Though athletes will always be at risk of injuries, it doesn’t mean they can’t minimize its impact. To take care of your body, take rest days in between training to avoid wear-and-tear-induced injuries. Do conditioning exercises, and increase your flexibility. Practice improving your technique, but play safe, and don’t train when you’re in pain.

Wear the right and complete gear, ensuring that everything fits you well. Take care of your health too by drinking plenty of fluids, and decreasing your training hours during heat waves and high humidity periods.

Pay attention to your mental health as well. Pressure can push athletes to go beyond their limits and risk hurting themselves badly. But the fact that you’re acing your sports and have mastered skills is remarkable enough. Listen to your body. When it tells you to take a break, go for a rest. No amount of excessive training will be worth it when you suffer a career-ending injury.