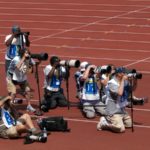 Where to Buy Hockey Equipment

It is a common misconception that the word “hockey” is synonymous to ice hockey. There are actually different types of hockey, and playing it on the ice is just one of them. Other forms include field hockey where players use hockey sticks to shoot a ball or a “puck” through the opponent’s net over grassy terrain. Another form of hockey is called inline hockey or roller hockey. This hockey sport combines inline skating and ice hockey in one game. This game is usually played on asphalt or concrete streets and it also uses a ball instead of a flat disk.

These versions of hockey are not as popular as ice hockey so the places where you can buy the needed gear and equipment can be difficult to find. This article will tell you exactly where to find them.

Finding the right gear for inline hockey is not that difficult at all. Since this sport is like ice hockey in many ways, the sticks used in this game are not that different from the ones used in ice hockey. Safety gear is also the same as with ice hockey. Each player is required to wear helmets, shin guards, hockey shoulder pads, elbow pads, among other things. The main difference is the kind of skates used. You need to have inline skates which are sold in almost every sports shops out there.

This game is played mostly in European countries so you may have difficulty finding field hockey gear in the US. The hockey stick for this game is quite different. A first glance, you may think that it is a hockey stick for kids because it is short. Regulation field hockey sticks measure only a little over three feet. The need for protective gear is minimal for the players except for the goaltender.