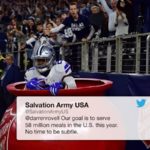 Hockey is a sport in which two teams trying to maneuver a hard round disc called a puck into rival’s net, using a hockey stick. This sport is also played at college-level, and each college or institution may have its own hockey team. Intra-collegiate or inter-collegiate hockey tournaments may be held all year round. Many colleges provide necessary infrastructure, guidance, finance, and support for development of hockey. Colleges may have different teams and clubs. A single college may have more than one hockey team, and support groups. Hockey at college level may include field hockey, ice hockey, roller hockey, and its various forms such as Air hockey, Ball hockey, Bandy, Broomball, Bubble hockey, Floorball, and Foot hockey.

Roller Hockey Equipment – What Do You Need for a Safe Game?

If you have kids, then you’re probably already familiar with roller hockey equipment. Also called “street hockey” or “inline hockey”, many kids – and adults – are getting involved in this new sport that can be played at home anytime.

Roller hockey is played on roller skates, and a game can be started anywhere there’s a smooth surface. This surface can include driveways, playgrounds, empty parking lots or even the local street, hence the name “street hockey.”

The good news is that this exciting and fast-moving game gets kids outside playing and exercising instead of parked in front the Nintendo or Wii.

Just like its counterpart ice hockey, roller hockey has its own protective equipment. This can include gloves, padded pants and jerseys, knee pads, helmets and masks. There is a goalie for roller hockey just like there is for ice hockey, and he can be pretty well bundled up for protection. Lets start with inline hockey basics.

Inline Hockey Skates Are the Foundation of Your Game

The game moves on skates, typically inline skates, which have all four wheels “in line” on the bottom of the skate. Roller hockey skates keep the game moving quickly. As with ice hockey, good support is needed for inline skates. Many of the wheels have specially designed bearings for fast motion and durability. Prices for inline skates start at about $80 and go up fast. A quality pair of skates can cost as much as $700 or more.

Inline skates are typically worn about one shoe size smaller than usual shoe size. You’ll want to try on your skates before you buy them, but be aware that you want no more than ¼ inch of space between the back of your heel and the skate. Toes should almost brush against the front inside of the skate. Your skates should feel snug and hold your foot securely when fully laced.

Be careful not to go too large, because this will cause blisters and uncomfortable calluses. Your skate should feel like it’s an extension of your foot. There are special roller hockey skates for those who play goalie position.

Bear in mind that just like ice hockey, there’s going to be a puck flying at incredible speeds, and players will be swinging hockey sticks that can do serious damage. You’ll want to prepare with roller hockey equipment that will protect against stick injuries, crashes and falls. Think about it. If you were flying around on pavement and took a fall when traveling 20 mph, you could end up with some serious road rash. Be prepared by dressing in shoulder gear, and girdles with padding in the thighs, hips and buttocks. Wear protective gloves.

There are also special knee and elbow pads. These are especially important pieces of every player’s roller hockey equipment, because they protect the areas that are most prone to injury. When you fall, it’s typically the knees and elbows that take the brunt of the landing.

A good helmet and mask will protect against flying pucks and swinging sticks. Be aware that goalies require even more protection, including chest, leg and arm protection. They will also wear a full helmet with mask.

Now we get to the fun stuff! The final required roller hockey equipment needed to pay a games includes a puck, hockey sticks and a goal or net. Because the game is played on flat surfaces like pavement and cement, street hockey gives players the choice of balls or pucks.

Lastly, of course, game requires a goal. The goal is a net, like ice hockey, and the goalie stands in front of the net to prevent the puck from entering. Nets come in several sizes, depending upon the needs of the players. If a regulation 6 x 4 foot goal is needed, then these are also available.

With a little preparation and the right roller hockey equipment, players can enjoy the outdoors and team work, too!