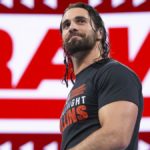 Colby Lopez is an American Professional wrestler, He is more commonly known by his ring name Seth Rollins.

Seth Rollins is currently a part of the WWE, he is the current WWE Universal Champion and competes in Monday Night Raw.

Seth Rollins signed with the WWE back in 2010, Seth was the inaugural NXT champion, Seth Rollins along with Roman Reigns and Dean Ambrose debuted on WWE’s main roster as a part of the faction called The Shield.

In the present Wrestling news, Seth Rollins is still WWE Universal and is still not over the terrible finish of his Hell in a Cell match.

David Weismann recently made a statement in which he said that Seth Rollins’s match against Bray Wyatt at Crown Jewel might end in a disqualification.

David made that comment after the Hell in a Cell match between Rollins and Wyatt ended when the referee stopped the match, and that was something that Rollins had to make.

Seth Rollins said “ Correction: it ended in a ref stoppage. When a body isn’t moving, the official has to make a call.”

Seth Rollins was then given a reply which he did not expect, he was sent a gif of The Undertaker throwing Mankind off the top of the Hell in a Cell ring structure, a match that took place more than 2 decades ago.

The reply seemed to have got to Rollins who gave an interesting reply to this, Rollin said that the referee should have probably stopped that match as well.

The Architect said “ I imagine Mick and Taker might have liked the ref to stop the match there. Might have added a few more years to Mick’s incredible career. Just a thought.

However the fans don’t seem to care about all that, they will keep coming after him as long as he keeps defending the WWE creative decision.

It is widely known that Seth Rollins is not the most popular champion ever, in fact, he is one of the worst crowd pullers as a champion.

So on top of that if the WWE keeps on giving him poor storylines or booking poor matches for him as a champion it is not going to do any good for Rollins.

However, Rollins does make a point when he says that the referee should have stopped the Taker vs Foley match also, and he is probably right in saying that it would have extended Mick Foley’s career by a few years.

But that was a different time, and the WWE audience didn’t want the matches to stop back then, and gruesome hardcore matches were a regular part of the WWE back then.

Seth Rollins will be defending his title in the next PPV, but if he keeps on pondering over there Hell in a Cell match, it would not do any good for him.