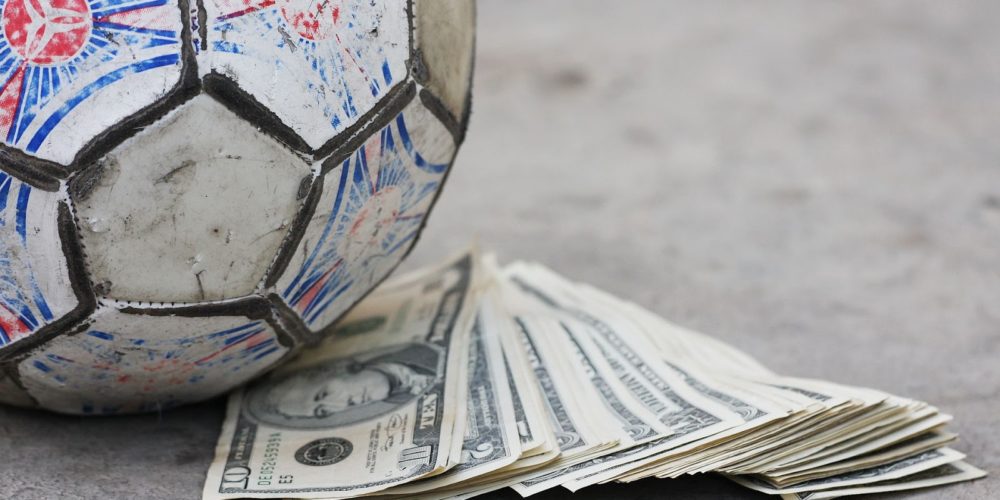 The Inflation of Football Players Prices

Why are football players becoming so much more expensive?

I’m sure we’ve all noticed it. Buying top players now costs scores of millions. Even getting your hands on an average player can set you back £35 million, as Liverpool found out when chasing Alex Oxlade Chamberlain. The money in football seems to have risen at ridiculous rates over the last few years, according to The Guardian Premier League clubs spent more than £1.4 billion during the summer transfers in 2017 alone..

So, what is behind all of this? Let’s take a look…

There has been this sudden increase in player cost over the last year or so. As the money starts to move its way around the game, you must pay well over the odds to make the fans happy, keep the manager onside and build a team that looks like it will challenge for honours.

Why is this happening?

The traditional model of supply and demand looks like it has been thrown out of the window. Surely the market is broken if players that don’t cut the mustard with one club can cost the buying club in excess of £30 million.

Well, that’s where you are wrong. Demand and supply are still the factors at play here. And the market is slightly lopsided, meaning these factors are supercharged. There is a finite amount of money in the game normally, but this has been boosted by an influx of money – really all from one source, the fans.

In last few years we have seen –

These factors added together have seen a massive boost of cash into the game. And the vast majority of this goes to the big clubs. Who soak up players from smaller outfits. The cash goes on new players – and their agents make a killing too.

Is this the winning formula?

So, the question arises if this strategy is the one that leads to success. Analysis at the very top doesn’t give us a great deal to go on. The biggest teams over the last decade or so in the major leagues of Europe are those that have both been the major recipient of this cash injection and those with the greatest success.

According to the 2017/2018  Premier League results top spenders are dominating the top 5 positions, but this is not always the case, for example in Italy Serie A 2017/2018 Ac Milan spent more than any other Italian club with £178.4M they spent more than Juventus (136.7M) but they are now sitting at 7th position in the league.

Perhaps the best way of look at this is through the fortunes of two average-sized clubs. Take Leicester City and Sunderland. Two clubs with a solid fanbase, similar sized grounds and budgets that looked alike only a couple of short seasons ago. In the last three seasons (including this one) we have seen Leicester win the English Premier League and get to the quarter finals of the Champions League while cementing a strong place in the top flight. At the same time, Sunderland have flirted with relegation from the Prem, then get relegated and now sit at the bottom of the Championship with the trap door to League One firmly open.

It isn’t the amount of cash available, or the amount that you throw at players. The way that any football club is run has a major impact on their chances of success. Since Sir Alex Ferguson retired, Manchester United have slipped from their dominant position at the top of the English game and play third fiddle to Chelsea and their City rivals from across town.

How long will this last?

This is a massive bubble that has grown on the back of the money in the game. But this won’t or can’t last forever. Fans have finite resources and can only be fleeced for their hard-earned cash for so long. Filling a London football stadium at £75 per seat or more might be sustainable, but that won’t wash in the rest of the country.

As the cash runs dry, the value of players will plummet back to the kind of values we were more accustomed to a few years ago. The transfer records of today won’t be broken for some time and will stay in the record books a testament to the few years where football went crazy.