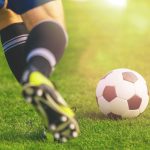 Nike disrupted the sport of running when it introduced carbon fiber shoes not too long ago. Now one of their chief rivals has gotten into the game. Adidas has introduced new soccer cleats with carbon fiber inserts said to increase speed and enhance quick directional changes.

The cleats recently debuted in Europe’s Champions League tournament. At least a few players wore them in the final. Adidas says those players played better, but there is no way to truly quantify that. Nonetheless, soccer’s governing bodies are sitting up and taking notice.

Nike got the carbon fiber ball rolling when it introduced its first running shoe with a built-in carbon fiber plate. From the start, Nike insisted the shoe helped runners perform better by making them more efficient. Only after initial criticism did Nike put their shoes to a scientific test that proved their claims.

The secret is in the carbon fiber itself. Carbon fiber is very energy friendly, returning energy to a runner’s foot much better than conventional materials. More energy makes it easier for a runner to spring forward with each step. The runner launches farther as well.

Increasing energy transfer increases running efficiency, which means less work on the ankles. It also means a lower risk of harm from impact with the ground. Adidas figured this out and began working on their soccer cleats about three years ago.

Carbon fiber soccer cleats rely on the same basic principle as Nike’s running shoe. A carbon fiber plate specially designed to accommodate soccer movements is inserted into the shoe during the manufacturing process. Adidas says that their version of carbon fiber remains soft and pliable at low speeds but then gradually gets stiffer as a player runs faster.

There Is a Downside

Adidas admits that there is a downside to inserting carbon fiber plates in soccer cleats. That downside is catastrophic failure. In other words, carbon fiber does not gradually wear out over time. When it reaches end-of-life, it fails completely. There is no turning back.

If you have ever seen an IndyCar or F1 crash on TV, you get the picture. Carbon fiber does not crumple like aluminum. On impact, it shatters. This is catastrophic failure. It happens with carbon fiber car bodies, bike frames, and sporting goods ranging from tennis rackets to surfboards.

If the carbon fiber plate in a player’s cleat were to fail in the middle of a match, there is no undoing it. The player would have to either keep playing with the damaged cleats or hurry to the sideline for a new pair of shoes. Continuing to play with the damaged shoes would undoubtedly affect his performance.

So, can you go to a local supplier like Salt Lake City’s Rock West Composites and get carbon fiber inserts for your shoes? No. The inserts made by Nike and Adidas are designed to specifications unique to each kind of shoe, and there is a lot of science that goes into it. But you can buy a pair of carbon fiber shoes if you don’t mind the higher price tag.